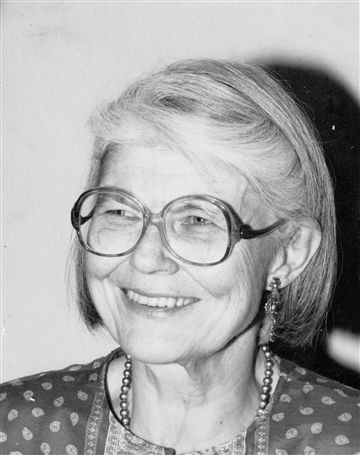 The first recipient of The Foster Hannaford Recognition is Virginia S. Deane, Class of 1941. She has had a long and valued relationship with North Shore—beginning as a student in the Class of 1941. A graduate of Smith College, cum laude, Ginnie earned her Master's degree in Education from the Winnetka Graduate Teachers' College while a teacher-intern at North Shore.
In the years that followed she served as Dean of Girls from 1951 to 1969, as Dean of the Faculty from 1960 to 1969, and as Chairman of the History Department from 1955 to 1969. She has been an active participant in national independent school organizations and since 1974 has been Vice Rector at St. Paul's School in Concord, New Hampshire. For her leadership, wisdom, warmth and good humor, we present the first Foster Hannaford Recognition to Virginia S. Deane.