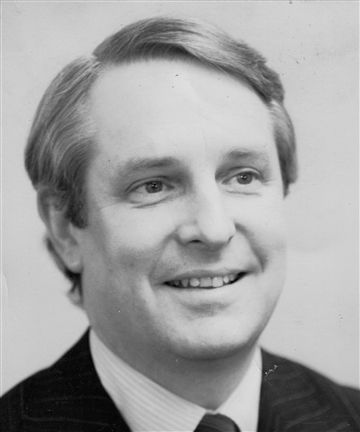 The relationship between Cameron Avery to North Shore Country Day School has spanned sixteen years, beginning at the time he was the spouse of a member of our Faculty. Anne Avery taught Anthropology and Psychology for seven years at the School. His years as a school parent began in 1973 when Chris entered the School; Joanne entered the Senior Kindergarten in 1977. He was elected to the Board of Trustees that same year and became President three years later.
During the time of his administration, and through his vision, he led the School into the Endowing Educational Excellence Campaign. His respect for teachers, and his willingness to work on their behalf has been a hallmark of his connection with the School. His enthusiasm and sure conviction have been strong forces in the great success that the School enjoyed during these years. In recognition of his extraordinary service, the School is pleased to present The Foster Hannaford Recognition to a loyal and trusted friend, Cam Avery.