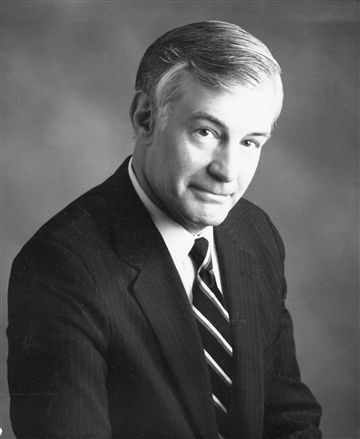 Jack Burnell has had a long association with North Shore Country Day School, first through three siblings who attended the School, and then through the experience of his two children: Dana '82, and David '86. He joined the Board of Trustees in 1984, and his participation became immediate when Jack Wing, Chairman of the Board, asked him to assume the chairmanship of the Buildings and Grounds Committee. The Library would not have been completed without Jack Burnell.
From his early involvement with the project, he realized how important it was to be sensitive to the people who were going to use the facility. He challenged everyone on the project to think through their long and short-range goals, and he proceeded to line up the details of the construction to support those goals. Jack Burnell has served as an inspirational force on this campus during the past year. He has shown us how the highest professionalism combined with superior talent and an unfailing sense of humor results in extraordinary service to the School. It is an enormous privilege for me to present to him The Foster Hannaford Recognition.