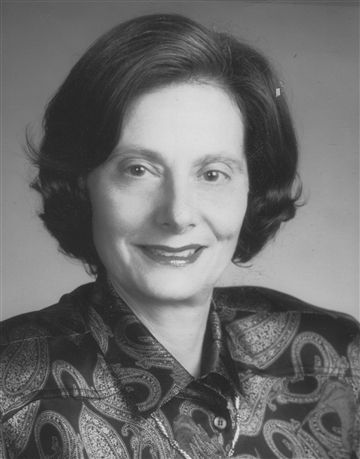 It would be hard to think about North Shore Country Day School without considering the enormous participation of Mary Pick Hines '49. After ten years at the School, she attended Vassar College and then resumed her close association with the School when her first son entered the kindergarten in 1959.
Since that time Mary's involvement has been continuous: with three children who each spent fourteen years here; as President of the Woman's Board (1978-80); as President of the Alumni Association (1983-87); and as a member of the Board of Trustees (1983-present). She has served as Chairman of its Nominating and Major Gifts Committees. Throughout all of her involvement in North Shore, Mary has brought a very special presence. She is spirited, courageous in her opinions, thorough in every respect, and expert in bringing perspective through humor. Mary forces all of us to see and think clearly. Nothing that I write about. Mary could be complete without acknowledgement of the enormous support that both Carol and I have felt from Mary Hines.

The Master-in-Residence program is an honor that most school heads never imagine possible: it is an endowment which ensures professional support of this Faculty's dreams. What a wonderfully fortunate School we are to have her attention and support. It is with great pride, gratitude and friendship that I announce Mary Pick Hines to be the 1989 recipient of The Foster Hannaford Recognition.