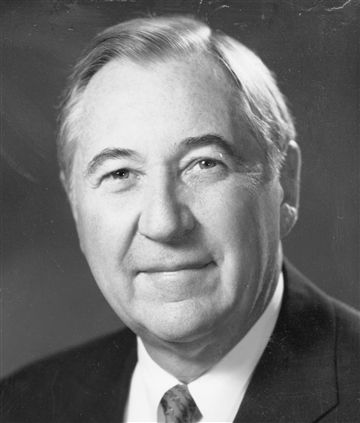 Throughout his distinguished business career—first with the Jewel Companies and more recently as a member of the board of directors of numerous corporations—Donald S. Perkins has given an enormous amount of time to his community in the form of service on the boards of schools, hospitals, museums and charitable organizations. It is fair to say that Don Perkins personifies the very concept of the civic leader.
Don's involvement with this institution goes back to 1961, when Headmaster Nathaniel French invited him to join the Board of Trustees. Don served on the Board for six years, becoming president in 1965. Long after his children had left the School, Don's support of North Shore continued, as shown by his efforts for the Endowing Educational Excellence campaign and in the creation of the Harold H. Hines, Jr. Visiting Fellowship. His interest and involvement continue to this day. Don is currently president of the North Shore Country Day School Foundation which oversees the School's endowment.

It has been our great good fortune to have had over the past thirty years the involvement, support and leadership of this remarkable man. We are delighted to salute the contributions of Donald S. Perkins by presenting him with The Foster Hannaford Recognition for distinguished volunteer service to North Shore Country Day School.