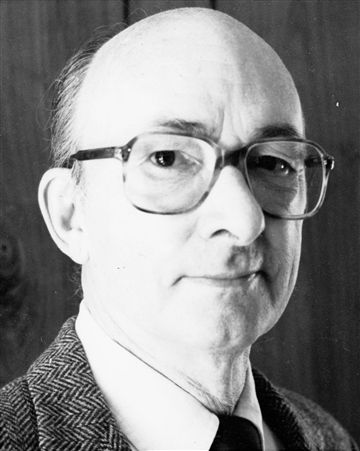 In his twenty-eight years at North Shore, George Eldredge was a student, tutor, dormitory supervisor, bus driver, substitute teacher, full-time teacher, Head of Lower and Middle Schools, Headmaster and friend to many. But to anyone who knows him, it isn't the number of years or variety of tasks he has performed that come to mind right away. It's that he is such a marvelous teacher—creative, insightful, compassionate and humorous.
As Headmaster, George recognized the importance of undertaking a careful reexamination of the School's traditions and philosophy. But he insisted that this be done without jeopardizing North Shore's strong allegiance to the vision of Perry Dunlap Smith. Among many other things, he led the way in expanding the School's tutorial program, which got older kids working with younger ones.

He also made sure North Shore maintained its commitment to creating a more diverse student body than was its tradition. In sum, no one has loved North Shore more than George Eldredge, or found working here more rewarding. And no one has given more to the School. Therefore, it is my pleasure and honor to present George Eldredge, a great educator, with The Foster Hannaford Recognition for his long, meritorious and loving service to North Shore Country Day School.