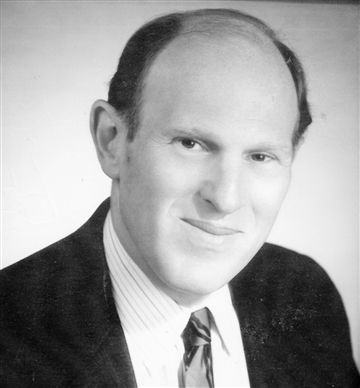 One could map the whole globe and not find a man who listens so acutely and thinks so astutely as John Bakalar. I can’t count the times over the past ten years when he has posed just the right question or provided just the right answer to a complex problem. John has an uncanny ability to absorb details like a sponge—and to remember them.
He can sift through someone else’s jumble of words—or numbers, including my own, and point out the core ideas—or figures, succinctly and clearly. As our Business Manager Bob Beerheide says, “No one is as sharp as John is!”

In many meetings over the years, John has kept discussions clearly focused, often adding insights that appropriately change the focus. He is able to be serious-minded and task-oriented without seeming rushed or losing his ready wit. He kept his faith in North Shore during financial hard times, times that might have dismayed others, and he guided us with clarity and calm.

John wears many hats well. In addition to the stylish ones that sometimes appear on his head, while President and Chief Operating Officer of Rand McNally, he wore many hats at North Shore: Treasurer, Chair of the Finance Committee of the Board, and Chair of the Search Committee for a new Head of School. He is now a Trustee of the Foundation as well as a Life Trustee of the School. With all three of his children attending North Shore, John was always able to separate his role as a parent from his role as a trustee—a distinction that can be a real challenge at times. He has been a valued counselor for me personally as well as for the School, one with great intelligence, discretion and always a hint of humor.

For his outstanding service to North Shore Country Day School, giving so much from his head and his heart, it gives me a great pleasure to present The 1998 Foster Hannaford Recognition to John S. Bakalar.
Presented by Julia L. Hall, Head of School
Friday, December 18, 1998
1998 Award
Back