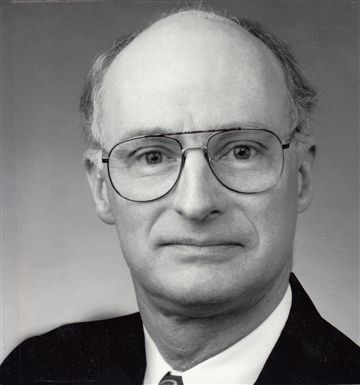 Can you imagine anyone doing a Morning Ex on "Street Lamps along the North Shore" and making it fascinating? I couldn't until Bill Hinchliff did it. Bill is the only person I know who can run through a slide show at record speed and keep up with himself in his dialogue. He even ends with his audiences begging for more.
Since becoming a docent for the Chicago Architecture Foundation in 1976, Bill has written many articles on architecture, has led tours on foot, bus, bike and boat, and lectured and taught adult education courses all over the Chicago area, but he has always found time to share his expertise with the North Shore Community.

North Shore Seniors, defined as those who are chronologically advanced enough to have graduated at least 50 years ago, are well aware of his consummate skill as a tour leader. Since 1991, he has taken groups to New Orleans, Louisiana and Brown County, Indiana; to St. Louis, Missouri and Cincinnati, Ohio, always spending untold hours researching and preparing thoroughly. In any setting, Bill can somehow weave threads architectural, historical, political and allegorical into one fascinating tapestry.

Bill has been an active member of the North Shore Alumni Association Board and was our Alumni Coordinator from 1990-1993. For years, he has also been an integral part of PDS 2000, the 7th grade interdisciplinary program named after our first headmaster, Perry Dunlap Smith. He leads the students on a number of architectural tours in Chicago, from Pullman to Bronzeville. He draws wonderful pictures of skyscraper architectural styles for the kids to label, and he even plans good use of their bus trips to the city with things like "Hinchliff's Wild and Crazy On-the-Way to Pullman Quiz."

For a School that strongly believes in lifelong learning, William B. Hinchliff has been, without rival, North Shore's teacher for all ages. He draws little attention to himself, but it is a great pleasure for me to draw attention to him as the 1997 recipient of The Foster Hannaford Recognition for erudite, witty and wonderful service to North Shore Country Day School.