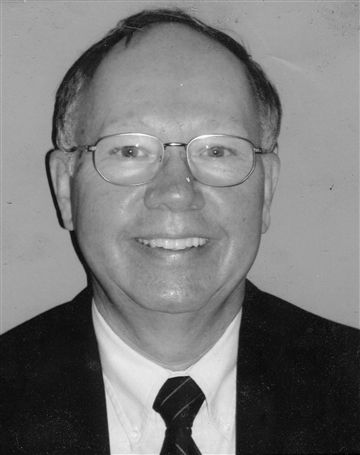 Bob Beerheide served North Shore Country Day School for 23 years as Business Manager—but also as advisor, colleague and trusted friend. This Hannaford Recognition acknowledges his remarkable dedication, effectiveness, work ethic and focus. During his tenure as Business Manager, Bob played a critical role in the School's growth and success.
Over the years, he worked closely in partnership with four Heads of School, as well as numerous Board Chairs, Finance Committee Chairs and other members of the North Shore community. Among those with whom Bob worked most closely in his first years at North Shore was Foster Hannaford himself, making this award especially fitting.

No one understood the finances of North Shore better than Bob. It was his foresight, attention to detail and tenacity that led to a dramatic improvement in the financial picture of the School during his tenure. By his final year at North Shore, Bob managed an annual operating budget of $9 million and the School's endowment had grown to more than $17 million.

Bob was a great teacher and protector of the traditions of North Shore, always the first to defend the School and its policies. Bob never let personal inconvenience overshadow his availability to the School. In everything he did, it was clear that he was working for the best interests of the institution. Bob's devotion to North Shore and loyalty to his colleagues earned him the respect and gratitude of the entire North Shore community.

Upon Bob's retirement from North Shore in 2001, many of his colleagues paid tribute to Bob, noting the "watchful, yet loving, eye he kept over business and financial matters," and characterizing him as "super-organized" and "methodical" while also "compassionate" and "always ready to listen." But perhaps no one put it better than former Board Chair Jim DeYoung, who described Bob as "the consistent glue that held us together."

With more than two decades of unwavering commitment to North Shore Country Day School, Bob serves as a true role model for the current generation of School leaders. We are delighted to honor Bob as the 2003 recipient of The Foster Hannaford Recognition.

Presented by Tom Doar III, Head of School
October 9, 2003
Back