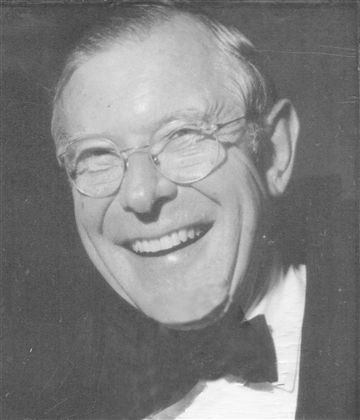 Ray Olson was always a teacher at heart. He touched all those who came in contact with him through his kindness, willingness to listen and understand, and spirited enthusiasm for life. He always wanted to be a teacher according to his wife, Carol, and certainly was to many who came to know him. His love for children shined through in his work with his church, Cub Scouts, in his community and at North Shore Country Day School.
Ray grew up in Glencoe, graduated from North Shore Country Day School in 1951, went on to graduate from Yale University and received a law degree from the University of Michigan. His Yale roommate, Ken Norian, was quoted in a recent Yale magazine: "Ray's life was a rich one that always displayed his dry wit, and included his close relationships with clients and friends."

He was partner in the Chicago law firm of Kelly, Olson, Michod, DeHaan & Richter, where he specialized in estate and tax planning. He formed personal associations through his practice, often leaving his loop office to meet clients in their homes. He and his wife Carol raised four sons, Scott (North Shore class of '79), Keith, Chris (North Shore class of '85) and Jeff. Ray delighted in his five grandchildren and three sisters, Judith Olson Uehling '53, Lynn Olson Gilchrist '56, and Elisabeth Olson Geraghty '65.

His passions away from law included a life-long love of racing sailboats in Wisconsin on Pistakee Lake and later on Lake Beulah with his sons as crew, serving as a Cub Scout leader, and building and gradually expanding a detailed HO-scale model railroad in his basement. However, his most rewarding activity was leading the Children's Chapel at Church of the Holy Comforter in Kenilworth. He influenced many young lives at church, in Scouting and in his law practice as a mentor for the younger lawyers.

Ray also served as Class Representative both for North Shore and Yale for many years, keeping alumni connected to his alma maters. He was a highly valued member of North Shore's Alumni Board and was greatly admired, respected and served as a role model. His commitment and connection to North Shore and alumni was ever-present through his enthusiastic spirit and participation in Homecoming and Reunion Weekends, the School's anniversary celebrations, Mac McCarty special events, alumni functions and as Class Representative for the Class of 1951. His philanthropic support of North Shore's development efforts was unwavering and included participating as an Annual Giving phonathon volunteer, both as an alumnus and parent. He was one of our best ambassadors for the School, living his life by the School motto "Live and Serve."

Ray had a unique ability to personally relate to alumni and students of every age, making a genuine connection with them. His Raider spirit inspires us all and it is with deep affection and appreciation that we express our most heartfelt gratitude to Ray and to his family for his commitment to North Shore. With more than a half-century of dedication to North Shore Country Day School, we are honored to recognize Ray Olson as the 2004 recipient of The Foster Hannaford Recognition.