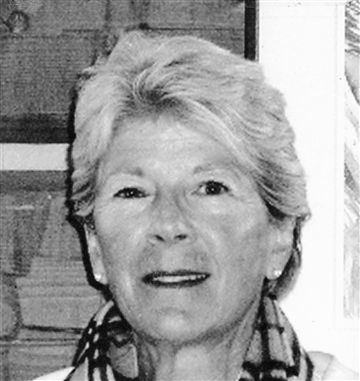 Patty Washburn's presence on the North Shore Country Day School campus began in the fall of 1983 when she was hired to be the Assistant Teacher in the third grade. The following year she moved to the kindergarten where she served as lead Kindergarten and Junior Kindergarten Teacher until her retirement in 2004.
A handful of dates have particular significance in North Shore's history; 1919 the year the School was founded; 1954 the year Perry Dunlap Smith retired and Nathaniel S. French became Headmaster; 1947 to 1990 the Mac McCarty years; 1952 to 1986 the Allison years; and 1961 to 2001 the Almquist years. Equally significant is 1983 to 2004 the Washburn years, where Patty exemplified the very best in teaching.

Warm, insightful, aware, committed and creative are all words that describe Patty at North Shore. Patty's students loved her and responded to her enthusiasm and her belief in each of them. In the classroom she was empowering and affirming, compelling and motivating. Patty's guidance of parents was a gift to so many. Every parent knew they were providing the very best for their son or daughter by entrusting them to Mrs. Washburn. Her presence on campus influenced all—older students, senior buddies, colleagues on the faculty and administrators. Patty brought a love of students and learning that made those around her smile. She served as a role model and inspired others in the School community to give their very best.

Patty's love of nature and her commitment to give back has characterized her time since 2004. A first visit in the 1980s to Yellowstone National and Grand Teton National Parks, followed by a Parents' Association summer grant several years later to study bears at the Yellowstone Association Institute, fueled her interest in environmental concerns. She brought her knowledge from this experience to the classroom whereby her students became bear experts and nature lovers. This interest has expanded since her retirement and move to Pinedale, Wyoming. Patty joined the Institute as member of its Board and is involved in planning educational programs in the park whose motto/mission is "Inspire, Educate, Preserve"—a mission that aligns with Patty's commitment to education. Patty is also on the Board of The Green River Valley Land Trust and the Board of the Sublette County Library.

We are fortunate Patty remains connected and involved today with North Shore. She will be joining North Shore seniors during Interim Week to learn Swahili in preparation for the spring Senior Service Trip to Tanzania. Patty is partnering with this year's seniors who began their commitment as juniors last year with the all-school Read-A-Thon to raise funds for a school in memory of Patty's colleague and friend Maria Papanicolaou. A role model when she was here, her continued involvement with North Shore sets an example on how to stay connected and contribute to the life of the School.

Patty tells us there isn't a day that begins without thinking of North Shore, her students and colleagues. We would like Patty to know that the feelings are mutual. Not a day goes by that we don't try to follow her example and match her spirit. We are pleased to present the 2007 Foster Hannaford Recognition to Patty Washburn.

Presented to Patty Washburn by Head of School Tom Doar III
October 24, 2007
Back