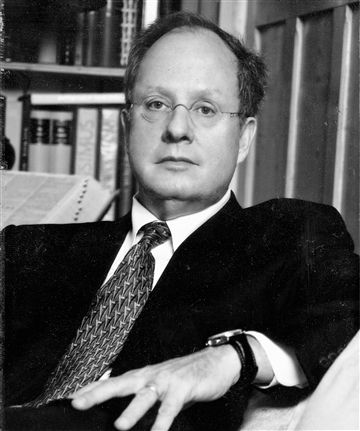 Live and Serve. Jeff truly does it all. With awareness, kindness, enthusiasm, tireless energy and remarkable insight, Jeff has volunteered, he has lead, and he has partnered with students, parents, faculty, staff, administrators, Trustees and alumni to advance North Shore.
Jeff, a graduate of Lawrence University, is President of Gammaflux LP, a manufacturing firm. He has served on the boards of Lawrence University, The Cove School and our very own North Shore since 1997. He and his wife, Lucy, have two children: a son, Stuart, a 2005 graduate and a daughter, Emma, class of 2012. Jeff and Lucy bring an enthusiasm for music through Lucy's talent as a cellist. This is what originally connected them to former Head of School Dick Hall and his wife Carol: "A school could ask for no better person or personality to be its representative—genuine, honest and loyal—and just plain nice.

Were he here today, Foster would be honored to welcome him into the distinguished company of those who have lived and served in North Shore's proud tradition," said Dick.

Jeff has served on many Board committees—Finance, Diversity/SEED, Education and Committee on Trustees—chaired both the Development and Strategic Planning Committees, and-most recently was Board Vice Chair. He has served on consecutive Campaign Steering Committees, helping to personally raise significant funds for immediate use and long-term endowment support. Jeff's commitment to the endowment is unquestioned. He understands the delicate balance between the necessities of the operating budget through strong Annual Giving and the Board's responsibility for long-range, fiduciary planning through endowment growth. He leads by example, rolling up his sleeves to make calls at every Phonathon and partnering to effectively raise significant Campaign funds.

As a parent, he was an active leader of the former Country Day Fair. He supports the annual Benefit Board Auction, serves on the Theater Council, and attends school events with alumni and parents. Ronna Stamm, former Board member and parent of three graduates, recalls her partnership with Jeff in the '90s and early 2000s: "Thoughts that come to mind when I think of Jeff—hardworking, selfless, self-effacing, humble, warm, caring, fabulous smile, devoted to his family. Jeff was always available to assist in any way he could and to the maximum of his ability without regard to ego. There was no job too small for Jeff. He does whatever is needed to get the job done. He is a real team player."

Presented to Jeff Colman by Head of School Tom Doar III
October 21, 2010
Back