Since our founding in 1919, all students have been encouraged and welcomed to "take the stage." Courses are designed for students to build a foundation of skills in music and theatre, and to continually develop those skills through a variety of classroom and performance experiences. Opportunities include vocal and instrumental music, acting and technical theatre. 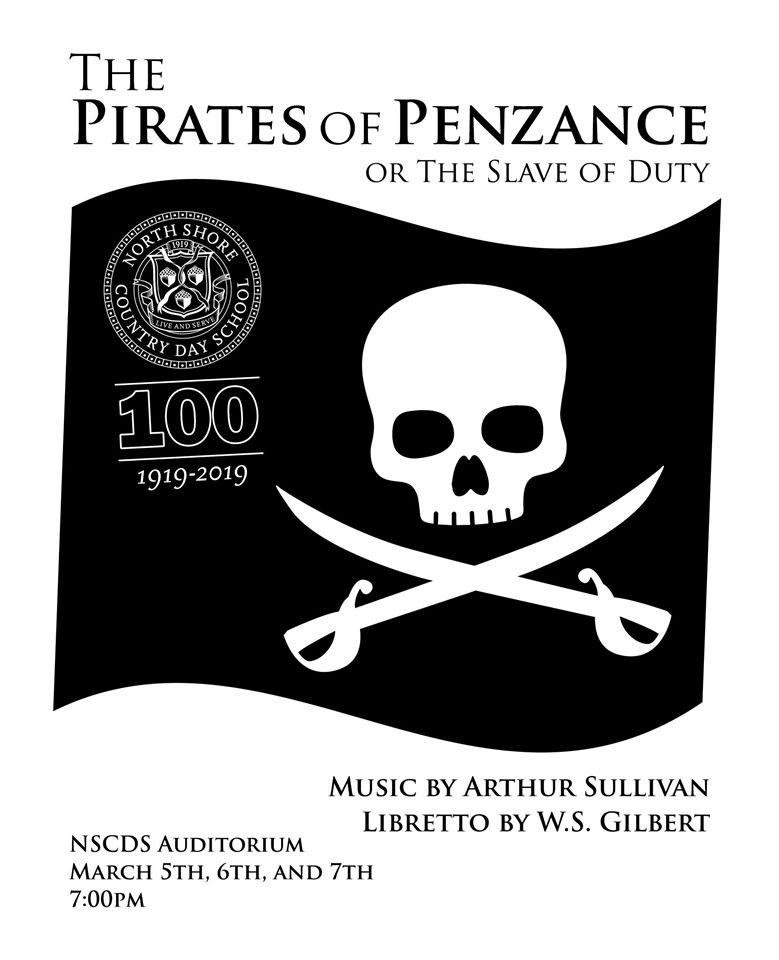 The Pirates of Penzance
Or
The Slave of Duty
By Arthur Sullivan and W.S. Gilbert

Plot:Gilbert and Sullivan's hilarious, hopeful farce follows young Frederic, an orphan who has mistakenly been apprenticed to an ineffectual but raucous band of pirates. He disavows the pirates' way of life and falls for the beautiful Mabel. Frederic's melodious tones win over the heart of Major-General Stanley's songbird daughter, Mabel, but when the Pirate King discovers that General Stanley has lied about being an orphan to keep the pirates from stealing all of his belongings and carrying off his bevy of beautiful daughters, an "ingenious paradox" may prevent the budding romance and lead to the death of "The very model of a modern Major-General."


Runtime: 2 hours and 15 minutes plus a 15-minute intermission.


Tickets: Order in advance online from Seat Yourself
$7 Students/Alumni
$12 Adults


At the door: (can be charged to accounts or cash sales)
$8 for Students/Alumni
$13 for Adults